St Julian lived in the 9th century and was from Belgium, the only child of his parents Carlo and Lusinda. He loved hunting and one day, just as he was shooting a deer, the targeted deer spoke to him, “before you kill me, just remember that one day you will kill your own parents.” Distraught at this message he ran away from his parents, eventually settling in a different town and marrying a young beautiful girl Margherita. His parents however never gave up, and searched for him for months, until they arrived at the town where he was living. Incidentally they met his wife, and she greeted them happily since Julian was on a hunting trip, and she invited them to rest in her own bedroom.

A jealous enemy of Julian met him when he arrived home and told him that his wife was cheating on him. Infuriated, Julian went into his house while his wife was at church, and finding two people sleeping in his bed, he decapitated them instantly. Shortly afterwards, his wife arrived beaming with joy, ready to tell him that his parents had finally arrived. Feeling very confused on seeing his wife alive, and realizing what he had done, Julian was inconsolable, as he remembered the prophetic words of the deer. Thereupon, Julian left that town and went into Italy with his wife where he started helping the poor to redeem himself. He eventually built a small hospital, earning him the name of St Julian the hospitalier, and spent the rest of his life tending to the sick in Macerata, where his body is preserved in the local Cathedral.  St Julian was remorseful of his actions, and was forgiven, eventually becoming a saint. “Redemit te caritas” is the motto of the saint, which means “Charity has redeemed you.” 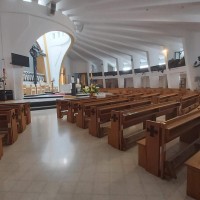 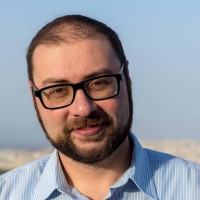